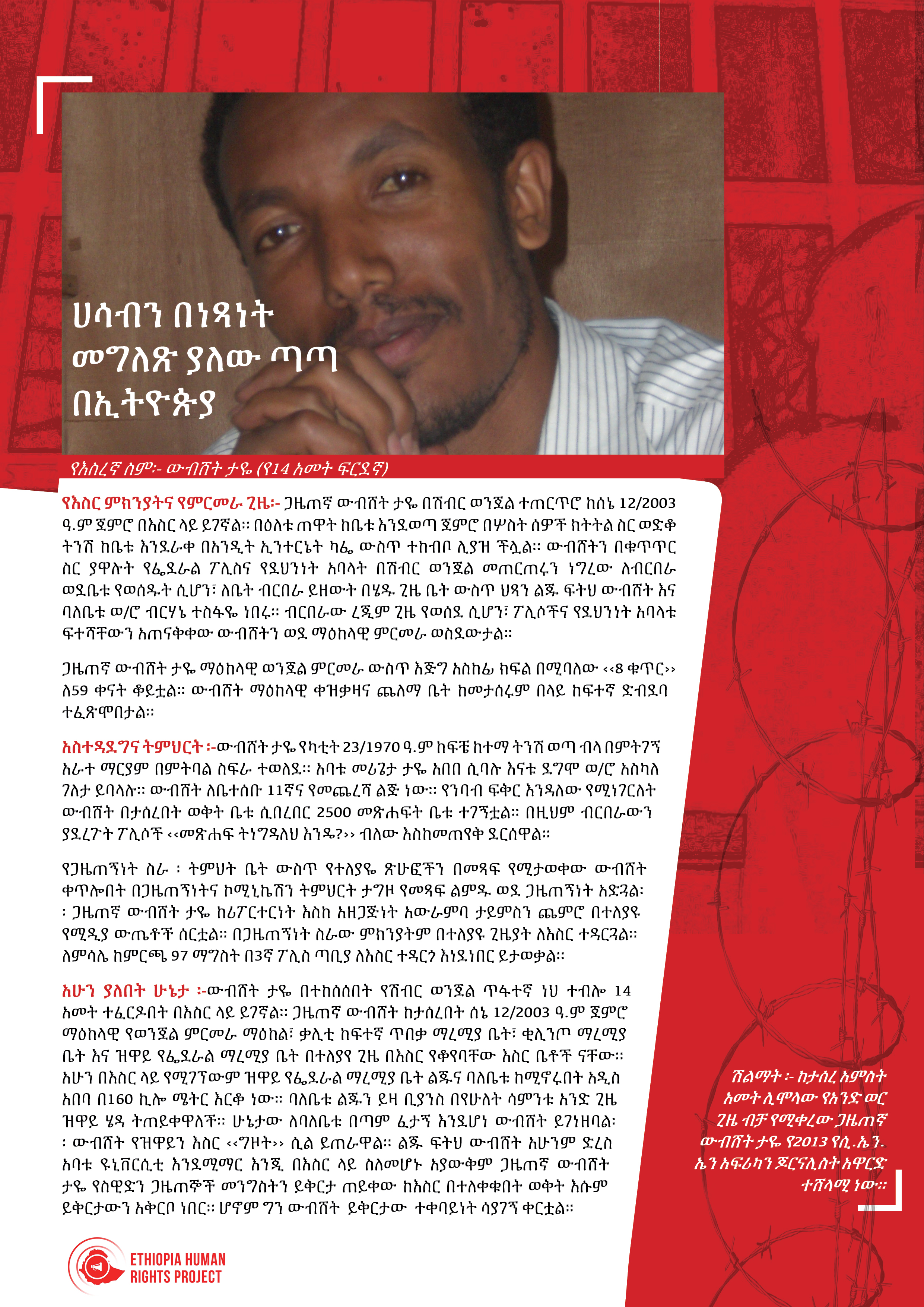 Detention and Interrogation- Wubshet Taye was jailed in 12th of June 2011 as a suspect for an act of Terror. On that day when Wubshet left  from his residence three security men have been following him  and detained him in an internet café around his neighborhood. After telling him that he is a suspect of terror police and security men took him to his home for house search.  The house search was conducted the same day while his wife W/ro Birhane Tesfaye and His son Fitih Wusbshet were at home. After an extended time of raid they took the journalist to Maekelawi detention center.

Wubshet taye was in a solitary confinement called “Number 8” for two months. He stayed in very cold and dark place and he was also he was severely tortured.

Childhood and Education- Wubshet Taye was born on the second of Feb, 1979 in rural village called Arate-Mariam at the outskirt of Fiche Town.  He is the 11th and the last child for his parents. One of his older brothers Dr. Molla Taye was the one who has influenced Wubshet’s reading skill by his book collections. More than 2500 Books were at his home at the time of his detention. The police men who were in charge of searching his house were wondering and asking him is he was a book Seller.

Wubshet has started writing on young age .he advanced his talent started writing poems and articles. Then he has got an education on Journalism and communication. Wubeshet has been working in many media outlets starting from Ethiopian Reporter to Awramba times as an Editor. He has been in jail for only doing his job. He was one of the journalists jailed after 2005’s national election.

Current Situation-Wubshet Taye is sentenced for 14 years according to the anti-terrorism proclamation. Starting from the day of his arrest he has been languishing in Federal Interrogation Center (Maekelawi), in Addis Ababa Remand center (Kilinto), In Kality High Security Jail, and finally in Ziway prison. Ziway Prison is 160 Kms away from Addis Ababa where His wife and his son live. W/ro Birhane is trying to visit him every two weeks. He understands that it is very difficult for her to go all the way from Addis carrying his son. Fitih is not old enough to comprehend his father detention he only knows that his father is in collage. In 2012 the same year the two Swedish journalists released by pardon, He has applied for a pardon and he was denied. 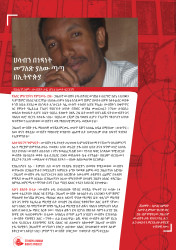