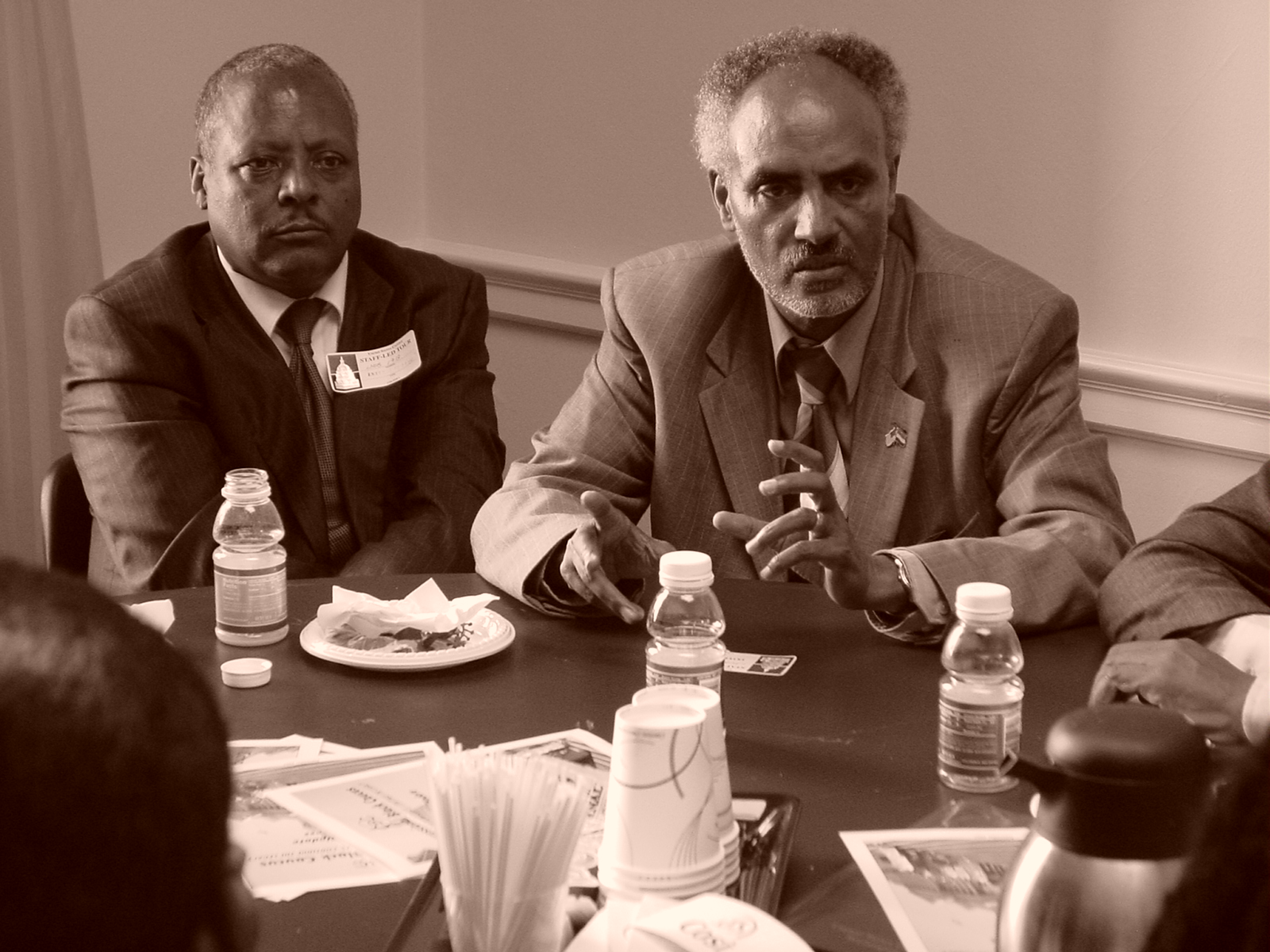 The Ethiopia Human Rights Project(EHRP) requests that the government of Ethiopia release Professor Merera Gudina, or publicly charge him with a credible offense in strict accordance with the Ethiopian law and procedure.  EHRP encourages our colleagues in the human rights community to join in our expression of encouragement for greater transparency in the matters relating to the detention of this key political figure.

Until recently, Professor Merera was a faculty member in good standing at Addis Ababa University where he taught political science and international relations for over 15 years.  He served as an opposition Member of Parliament (MP) in the lower house of the Ethiopian legislature from 2005 to 2010.  His political activities have been driven by a dedication to the promise of greater freedom, prosperity and security for all Ethiopians, especially those voices rarely heard within the corridors of power.  Throughout his academic career, he has continued his political activity as the head of an opposition party focused on policies relevant to the Oromo ethnic identity, the largest single ethnic group in Ethiopia. He has also led a coalition of opposition parties that has sought to field candidates in recent elections.

His rights as a citizen, his service to the country and the citizen issues he is uniquely positioned to amplify make his detention a matter of the utmost concern.  We respectfully urge the relevant prosecutorial organs to make public the reason for his detention, to permit him access to the appropriate bail, and access to a lawyer to assist in his defense.

EHRP notes with regret that this detention bears a striking resemblance to similar actions taken by the EPRDF in an apparent campaign to criminalize dissent through harassment and intimidation of political voices not in lock step with its own.  As long as Ethiopian media, civil society and opposition communities are continually prevented from free exchanges of ideas and representation of diverse political voices, EHRP will challenge EPRDF claims of legitimacy based on democratic rule and international human rights standards.