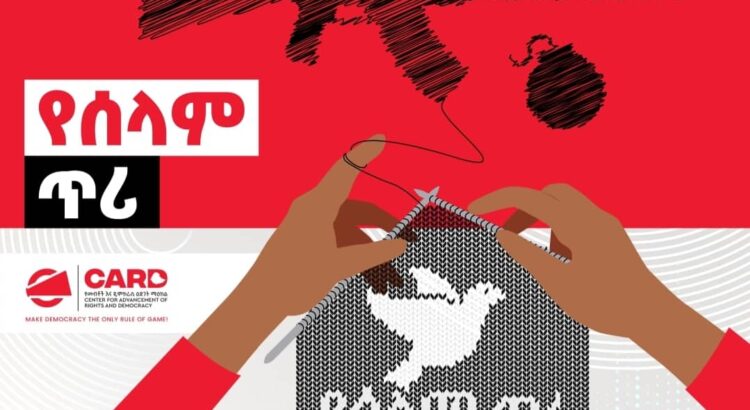 A gathering of 35 local CSOs preparing to give a joint press conference on an “urgent call for peace” condemned their prevention from making the call by personnel in civilian and military attires who claimed to have been sent by “a government body.”

In an online press conference these CSOs issued following the ban, they stressed that such actions would shrink the civil space. It warrants an apology from a higher-level government organ, they exclaimed.

The organizers of the call said during the online press conference, “Initially, we had planned to hold this peace call in the presence of journalists this morning, but individuals who did not reveal their identity but claimed to be part of the government, told us that we would not be allowed to hold the press conference for an undisclosed reason. We asked who ordered this ban, but we did not get an answer. To the best of our knowledge, only demonstrations require prior notification to government security agencies. This type of practice is against the rule of law and denies civil society organizations the role they should play for peace,” he said.

In their call, these civil society organizations pointed out that the conflicts and battles seen in the northern part of our country and in various areas in Ethiopia are resulting in massive destruction and if they are not stopped in time, they may lead the country into further crisis.