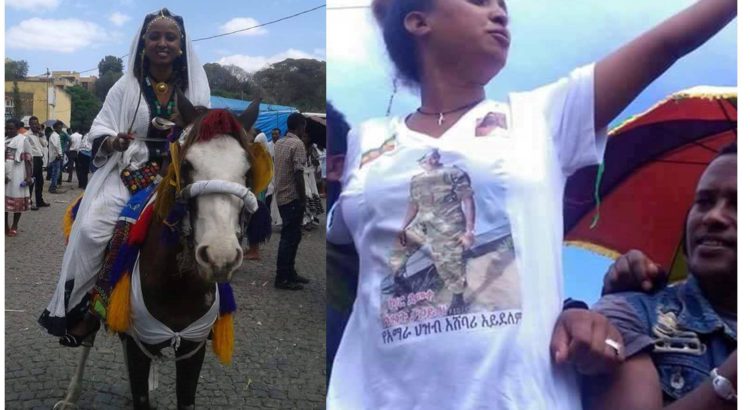 It was to hear remaining prosecutor’s witnesses that activist Nigist Yirga et al was adjourned for July 18/2017. However, prosecutor once again failed to bring witnesses. Police said it couldn’t get the witnesses on their addresses and only told over the phone that they are being summoned to testify.

Federal high court Lideta branch 4th criminal bench judges said that police requested the court to get one more chance so that it can find the witnesses in their addresses. Prosecutor on this point said, “We believe the hearing of the remaining witnesses is crucial to this case will help give justice, hence we request the court to give police one last chance to bring witnesses”.

“Witnesses from Gondar were presented and testified.  It is not reasonable to think police failed to find witnesses here in Addis Ababa while others are brought from Gondar. Thus, we demand the court to cancel the remaining prosecutor’s witnesses hearing and give a ruling based on the available prosecutor evidence as our clients have the right to get speedy trial” lawyers requested.

First defendant activist Nigist Yirga on her part said, “I was beaten up until I could not be able to stand for four months in Maekelawi. They didn’t get any evidence when they arrested me from my home town. They brought a bogus charge against me. I am not in a comfortable situation here. I am in prison 720 km. away from my family. And they [her family members] are not allowed to visit me. My sisters, aunts, and uncles are banned from visiting me for the reason given by the prison that they are not registered on the list of visitors by the prison administration. I have an elderly mother who needs my support. If the prosecutor’s witnesses are really in Addis Ababa, I am sure police can bring them in one day. I request this court to give me justice.”

Nigist Yirga has also submitted a written statement that stated about her right to be visited by a family member being violated by the Kality prison administration. In the written statement, she requested the court to give an order so that her families can be allowed to visit her.

After hearing the arguments on whether the remaining prosecutor’s witnesses to be searched and defendant Nigist Yirga’s statements about mistreatments by the prison administration, the court adjourned the hearing to 19 July 2017 to give a verdict on the issues.

There were seven prosecutor witnesses on Nigist Yirga et al file of which only two have testified.

The next hearing is adjourned to August 18/2017 for ruling if the defendants should defend or acquitted. On the other hand, the court adjourned first defendant Nigist Yirga for July 27/2017 to receive Kality prison administration’s response to her complaint of mistreatment in custody.