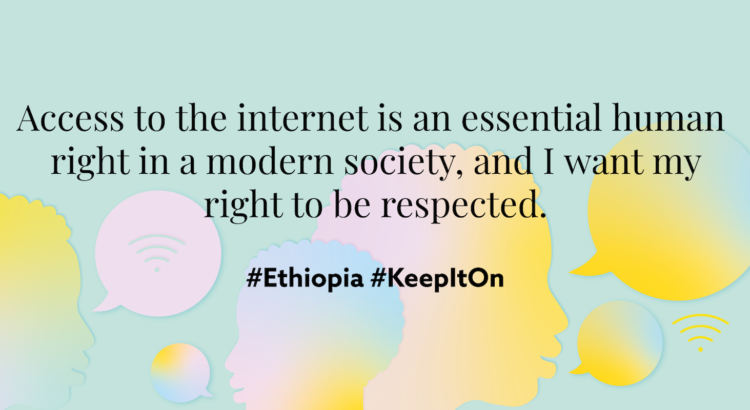 The Center for the Advancement of Rights and Democracy (CARD), assisted by a successive capacity-building fellowship and data story development it has been receiving from Data4Change, has launched an online campaign today on May 16, 2022. The campaign is titled “The Digital Divide: how lack of internet access hinders Ethiopia’s potential” and will last for two weeks.

The campaign uses data-based evidence to showcase the wide gap between the reality on the ground and the ideal where the Ethiopian government envisions to see progress in improving digital access. Poor infrastructure, unaffordable tariffs, and government-imposed shutdowns of the Internet’s accessibility are among the contributors to the digital divide, the gulf between those who have ready access to the internet and those who do not, in Ethiopia. The storyline also demonstrates how the GDP per capita of Ethiopia will benefit from increased accessibility and affordable internet tariffs.

The campaign will run on Facebook, Twitter, Instagram, and Telegram with messages in English, Amharic, and Afaan Oromoo languages. CARD invites every person or organization that believes in the vital role of internet access to explore Ethiopia’s potential, please share its story using the #KeepItOn hashtag.