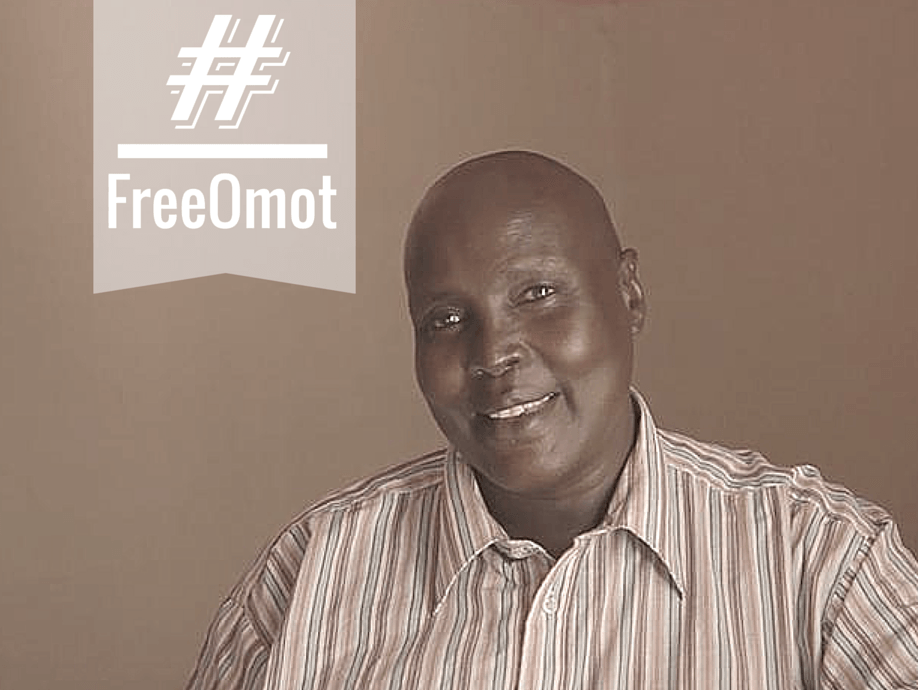 Detained since March 2015, Omot Agewa and et.al  ( case of 3 defendants) today couldn’t hear prosecutor witness because their defense lawyer Amha Mekonen was not present at court due to health problem. Court adjured case for  9th hearing.

“Our lawyers Amha Mekonen is sick and hospitalized, we ask court to hear prosecutor witness another day and give us short appointment” first defendant Omot Agewa asked court.

On July 19, 2016 trial out of the seven witness prosecutor listed, three of them were present at the court.

Prosecutor claim since one of his witness “Pastor Shiberu Ojira” who came from West Shewa Bako town ( Oromia region) was present to court many times and failed to give his testimony, he requested the court to hear the witness. Court ruled out the request saying the procedural law allows the defendant to be represented by a lawyer.

Prosecutor witness Pastor Shibru is allowed to receive transport and per diem fee and court order all witness including those who did not show up in the court  on the hearing day to come on the next hearing, August 15, 2016.