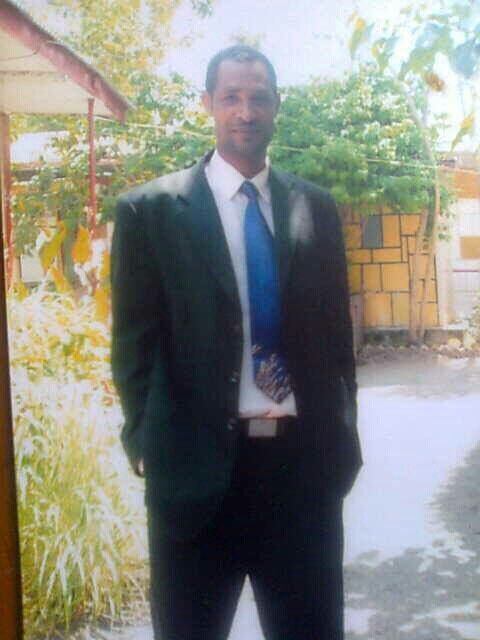 According to the lawyers, five defense witnesses appeared for August 17th hearing. Four of them testify in favor of second defendant Dejene Tafa and one for third defendant Addisu Bulala.
Addisu Bulala’s defense witness was his housemaid who observed the house search by the police when he was arrested. Her name is Feleku Haile. She told the court that she was at Addisu’s home on 24/2015. She said the defendant was brought to the home by the police around 6:00 pm and started to search the house.

“I heard that Addisu was forced to sign a paper which he said was not his. During that time, police called me to come into the house and requested me to be a witness for what they claimed to be found in the house. They said they found OLF flag and they wanted me to sign to confirm that I witnessed it. I told them that I had never seen such things in the house and I am the one who cleans the house every day. Because I refused to sign they took me to Meakelawi with Addisu. They wanted me to testify against him. I was held in prison for 3 months and 15 days. But I refused to be their witness against Addisu because what they wanted me to say was not true.”
After hearing Addisu’s witness, the court proceeded to hear 2nd defendant Dejene Tafa’s defense witnesses. The first defense witness of Dejene Tafa was his wife Aselefech. She gave the following testimony.

“I had an appointment with my husband, the defendant, in Dec 24/2015 at 1:00 pm. I called to his phone since 1:00 pm, he didn’t respond. Suddenly the phone was picked up and I heard people arguing. I thought the phone was answered in his pocket. I heard over the phone that People conversing about his village/address which is “Ashowameda”. Then I dialed to Dr. Merera Gudina and told him that Dejene is not answering his phone. Dr. Merera told me that Dejene was taken by the police and would be taken home for a house search. I immediately went to our house. I told my daughter that the police were coming and warned she should not let them in in case they arrive before me. When I arrived home, more than seven cars were parked around our house. They were already there. I found my older daughter, a neighbor and my husband Dejene and the searchers in the bedroom. They have already finished searching the living room when I arrived. There were armed officers in each corner of our house. There was a guy with civilian clothing who sat down in the house and has got something like a paper binder in his hand. I don’t know other observers other than our neighbor. I told condo compound guards and Kebele people to observe the searching. However, they returned to the gate beaten by the security people who came with the police. Finally, when they said they were done and we were back to the living room, my daughter shouted at one of the searchers pointing at him and saying ‘where did you find this paper? It is not ours. Why are you giving him this to him taking out of your own bag?’ “I asked them to show us the paper, and they refused to show us. As I saw its cover, there is Oromia map and OLF flag on it. And I told the police that he could never find such thing in our house. Then the police pushed me and my daughter. He stamped my daughter’s feet. Then he ordered other police to take both of us with Dejene to the police car saying ‘you will be burned as you burn us’. “During this time, Dejene told me to leave them alone as they have prepared to accuse him already. ‘I simply cannot see such crimes committed in my house’ I replied to Dejene. And Dejene was telling the police to leave me and our daughter alone. It was my first time to see police doing such things in my life. Anyway, Dejene refused to sign on that paper which was not found in our home. Then he signed saying it was not found in my house. My neighbor also refused to sign on that paper because she knew it was not found there. Then she signed saying it was not found at the suspect’s house, similar to Dejene.”
In his cross-examination question, the prosecutor asked the witness why she needed to prepare herself and why she feared the searching. Aselefech replied, “It becomes common to search our house since 2006. They come time and again for searching. We know it. I know they bring something they want to accuse suspects and drop what they brought and said they found this and that during searching.”
The second defense witness for Dejene was his daughter Sinbo Dejene. She gave her testimony as follows.

“My name is Sinbo Dejene Tafa. I am 21 years old. On 24 Dec 2015 police brought my father, Dejene, to home. I requested them to show me court warrant for a house search and they simply replied to me that Dejene knew about it. When I told them they should not get into our house before they are searched, they asked me back ‘where do you know police being searched?’ and entered with no search. When I asked them how can I know if they brought something to accuse my dad? my father said ‘let them enter if they want to enter forcefully.’ There were civilian dressed people with the police who have got binder and laptop bag. Many armed police entered to home. They came out of the bedroom after they took what they want there. I was in the living room. One police ordered me to switch on the PC turning my face to the wall. After I did what he ordered me and turned back to him, I saw a guy wearing civilian cloth taking out a paper from his bag and handing over to the police. ‘What are you giving him? That is not found in our house’ I started arguing with the police. When I asked him to show me the paper, he refused to show me saying the paper is written in Afaan Oromo. I told him that I can read Afaan Oromo and insisted to see it, but he refused. Then he physically pushed me and my mother. He stamped my feet and strangled my neck. He then ordered other police to take my mother and me with Dejene. However, Dejene asked them to leave us alone.”

The third defense witness of Dejene was Netsanet Moges who was his neighbor and observed the house search on 24 Dec 2015 at Ashowameda condo.
“It was around 4; 30 pm on 24 Dec 2015. I saw Dejene coming to the house surrounded by police while I was outside of my house watching for my children. There were many federal police agents with him. They ordered me to take children inside the house. I did so and get back to the door to look what was happening. I saw Dejene’s daughter requesting police to be searched before getting into the house. Dejene asked them if I can observe the house search and they allowed me. The search at the living room was smooth and took place fast. They took what they wanted at the bedroom; magazines, newspapers etc. When we get back to the living room, Dejene’s daughter was arguing with the police. His wife Aselefech was also there. I heard them saying. ‘This paper is not ours’. The search was peaceful until then. However, it turned to disorder due to that paper which Dejene’s families said it was not found at their home. I have never seen such things before. Police was trying to take Dejene’s wife too. But they leave her alone when Dejene asked them to do so. I didn’t sign on that paper saying it was found in his house. But I signed on it saying that it was not his,” Netsanet testified.