“They threatened me to ‘split me’ up” Bekele Gerba

OFC leaders and members have been arrested and charged with Anti-terrorism proclamation following the public protest in Oromia region reappeared to the court after three months of absence. Qilinto prison administration’s failure to bring all the defendants forced the court to give another adjournment without hearing the witnesses.

On November 11th trial out of 22 persons included in Gurmessa Ayano et al file, five of them didn’t appear at the Federal High court Lideta 4th bench. The Qilinto prison administration explained that following the fire in kilinto prison four of the defendants were transferred to Shewa Robit prison. Because they didn’t came back from there they couldn’t bring them to the court, in a letter written on November 11th. Gelana Negari, Gemechu Shanko, Dereje Merga and Tomssa Abdisa are the defendants the prison claimed they are in Shewa Robit.

On today’s trial not only the defendants failed to appear but also one of the lawyers of most of the defendants, Lawyer Wendimu Ebssa was absent. The defendants informed they know that their lawyer was prohibited from contacting them in prison but they don’t know why he didn’t appear Lawyers appeared at the court also complained that the prison is putting hindrance on meeting their clients freely.

The prosecutor asked the court to hear its five witnesses appeared on the day out of 42 called. But the defendants disputed because of the absence of some defendants. The lawyers explained the court some of the nature of the evidences filed together and if the court starts hearing it may lead and may reduce their chance to prove their innocence. 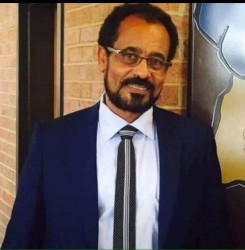 Ato Bekele Gerba has told to the court he didn’t want to appear to the court because he doesn’t believe in the Independence of the Judiciary. He explained that Police has brought him today [on the trial day] by using force and physical abuse without his willingness.

Bekele explained and asked the court on behalf of all other defendants that, they need the court to recognize if they appear to the court; they are appearing without their consent. They gave an indication that they are planning to take their rejected questions by the court to the House of Federation after discussing with their legal advisors. He added that after they put him into the prison van one of the police has threatened him to “split him up”. And he showed the policeman to the court in-person. But the court failed to ask him any question about the mentioned mistreatment.

At the end the court adjourned the trial to November 15, 2016 after giving an order to the prison administration to bring the defendants whom they didn’t appear on trial day, to explain why they didn’t bring the 7th defendant Chimsa Abdissa and to bring Afaan Oromo and Kiswahili translators on the coming witnesses hearings. And also the court cautioned that the entire defendants must respect the order of the court and appear on their trials.

Ato Bekele Gerba served as a translator on the [November 11] hearing, because the court failure to bring Afaan Oromo translator. The Diplomatic community representatives and journalists attended the trial in addition to the families of the defendants.