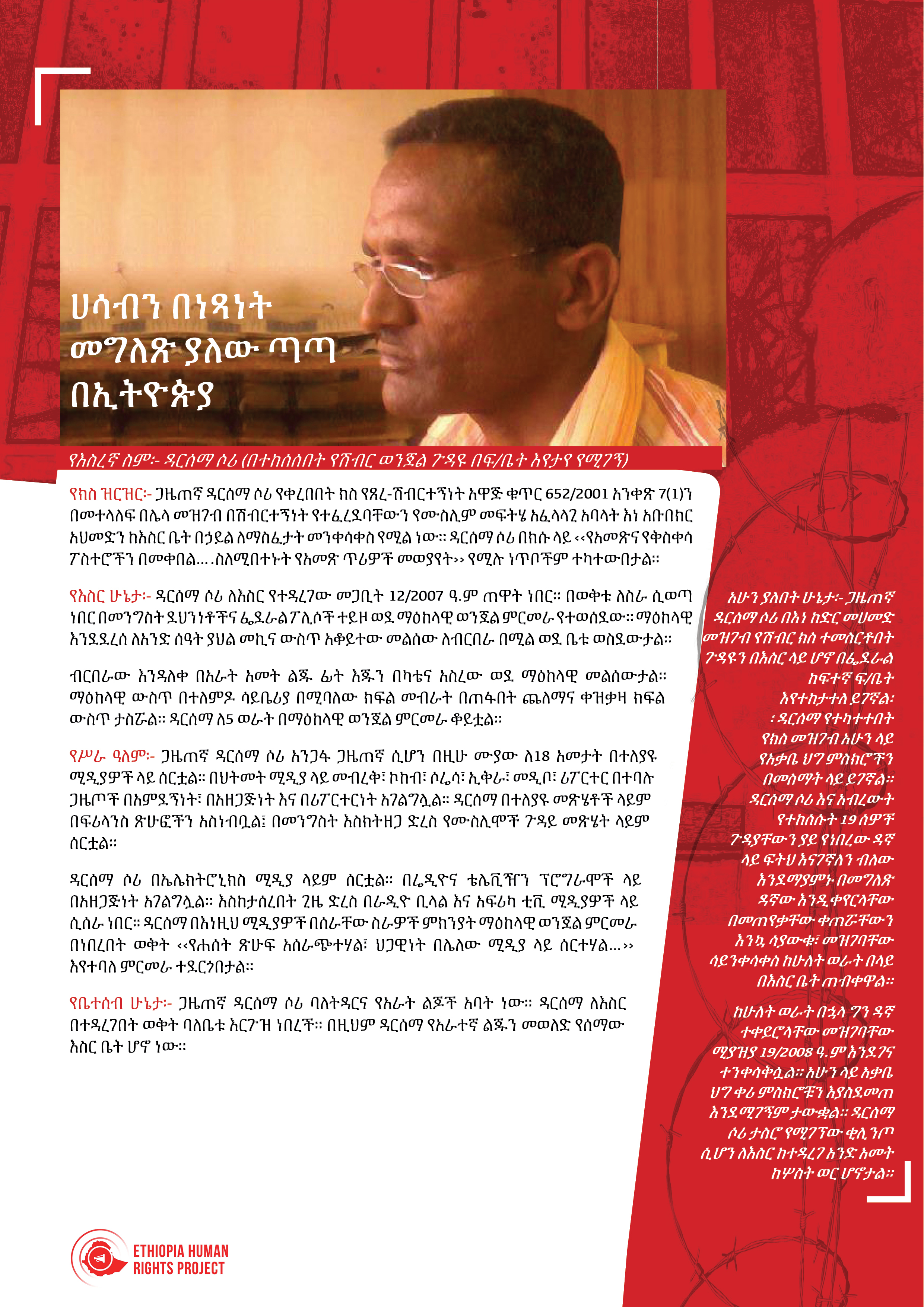 Charge- Journalist Daresema Sori is accused of violating Article 7(1) of Anti-Terrorism Proclamation 652/2009 by organizing to make free the jailed Ethio-Musilim Resolution Committee (Abubeker Ahmed et al) by aggression, receiving posters for inciting violence and discussing how to distribute them.

Detention- Daresema Sori was jailed on the morning of February 3rd, 2015.  When he was going out from home to work Federal police and security men took him to Maekelawi detention center. On the same day after raiding his home they handcuffed him in front of his one year old son. He has spent five months in cold and dark cells of  Maekelawi for interrogation.

Career- Journalist Darsema Sori is a higher-ranking journalist, who has been working in different media outlets for 18 years. He has been working in several print Medias like Mebrek, Kokeb, Ekira, Medibo, Ethiopian Reporter as a reporter, columnist and editor. He has been contributing articles to many magazines. He was working in Muslims Affair till the government forced the Magazine out of print.

Family- Journalist Daresma Sori is a married guy and a father of four Children. At the time of his arrest his wife was pregnant.  He does not have the opportunity to see the birth of his last son.

Current situation- Now, Dersema Sori is in Addis Ababa Remand Center (kilinto). He is under Kedir Mohammed et al file. While the Higher court was hearing the witnesses of the prosecutor the defendants has complained to the Higher court Administration that they didn’t believe on impartiality of the judge. Their case was delayed by two months and the court admin has managed to change the hearing bench. Now, the court resumed hearing the witnesses of the prosecutor. One year and three months has passed since Darsema was arrested. 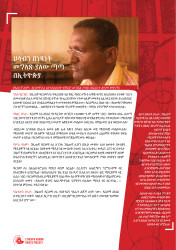