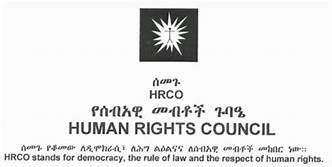 Human Rights Council (HRC) has released special report on 04 Nov 2017 that underlined the need to take bold policies and implementation measures to resolve ethnic based attacks and conflicts in different parts of Ethiopia.

HRC in this 143th Special Report urged the government to immediately stop ethnic based attacks and conflicts, and human rights violations in Southern Nations, Nationalities and Peoples region and Hareri region.

Human Rights Council has been urging the government to take corrective measures to end ethnic based attacks for years, however due to the failure to take action such attacks and human rights violations are still happening, according to 143th Special Report.

In an ethnic based attack and due to government’s failure to take action to stop the attack in Southern Nations, Nationalities and Peoples region Gedeo zone, 31 people were killed, 101 wounded, many others displaced and civilians’ properly was damaged on 28-29 Oct 2016.

According to HRC report, many people who are suspected of the attack have been arrested in different places of Gedeo zone.

On the other hand, according to this same report, various human rights violations were committed against people who staged peaceful protest in Hareri region. On 07 July 2016 corner stone was put in Harar town to build Afeneqalo Oromo culture and history center by Oromia and Hareri regions presidents in the presence of senior government officials and residents from the two regions. Ethnic Oromo people, wearing Oromo cultural dressings, expressed their feeling and heard of chanting protest messages. Hareri region police arbitrarily detained beat up and committed other human rights violations against ethic Oromo people for merely peaceful protest.

Human Rights Council, in its 143th Special Report, once again called on the government to make those human rights violators accountable for their deeds and urged bold policies and implementation measures to be taken to resolve ethnic based attacks and conflicts for once and all.