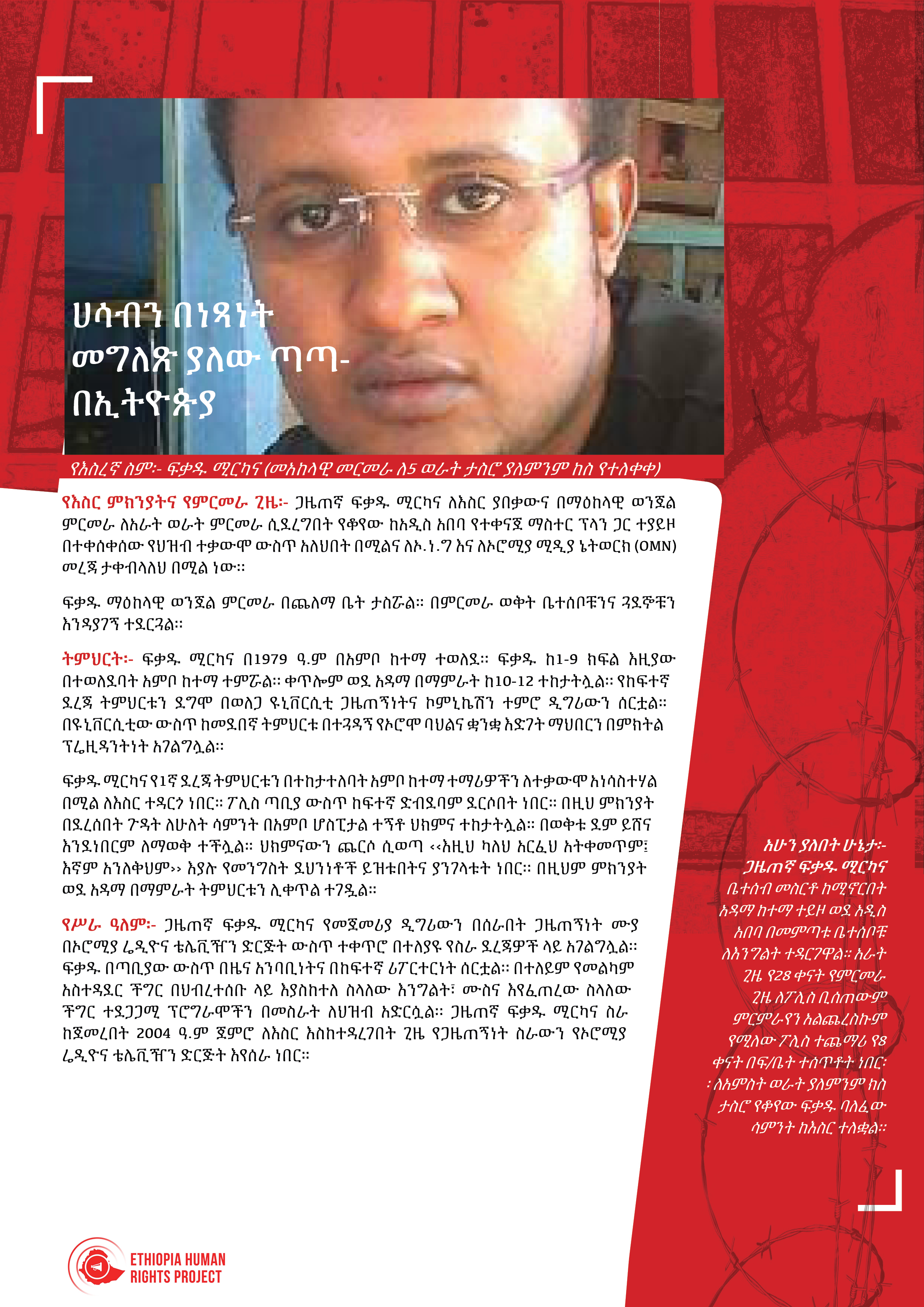 Name of Detainee:- Fekadu Mirakana (Released after 5 months of detention)

Reason of detention and Time of interrogation-Journalist Fekadu Mirakana was in jail for the last four plus months because police has suspected him participating on the wide spread Oromo protest and whistling information to Oromia Media Network (OMN) and Oromia Liberation Front (OLF) about the ongoing public protest against Addis Ababa and Oromia special zone integrated master plan. Fakadu has been jailed in completed dark rooms In “Maekelawi” detention center. He was not allowed to be visited by his spouses and friends.

Education- Fekadu Mirakana was born in 1986 in Ambo town. He has completed his formal education form Grade 1-9th in Ambo. Then he went to Adama to complete 10th – 12th grade. He has Bachelor of Arts from Wollega University in Journalism and communication. While he was in university he has served as a vice-president for Oromo Culture and Language Development Center.

When he was in Elementary school he has been jailed because he was accused of organizing students for protest. He was tortured at the police station and has been in Ambo hospital for two weeks after the torture. He had also reportedly suffered of Hematuria at the hospital. After his medical treatment government securities have warned him to leave the city otherwise they vowed not to spare him. As a result of this intimidation he was forced to leave the city and went Adama to continue his education.

Career- Fekadu has served Oromia Radio and Television in different responsibilities as a trained professional journalist. He was also working as a News Anchor and Senior Reporter. He has been reporting repeatedly on the problems of lack of Good Governance and state of corruption in the region. Journalist Fakadu Mirkana has been working in Oromia Radio and Televison Organization starting from 2011 till the day he was arrested.

Current situation- Journalist Fekadu Mirkana was jailed in Addis which is very far from his parents’ home in Adama. Even though the pretrial court has offered to the Police demanded four consecutive periods each constitute 28 days for further investigation the Federal police asked for one more week extension then they released him with no official charges against him. 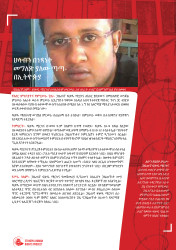