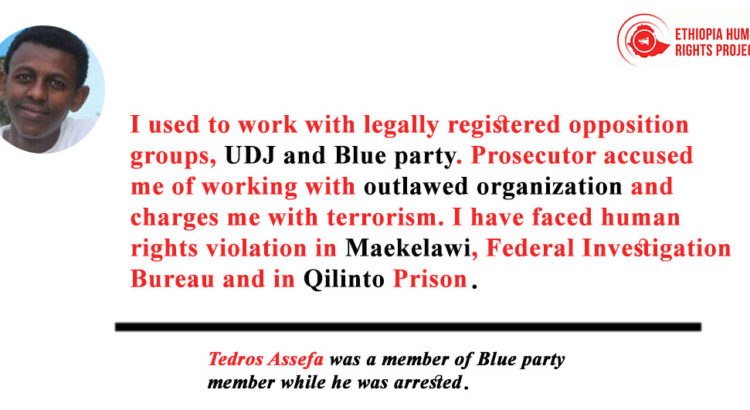 The reason why I am jailed: – I think they arrested because of my political opinion and for being active member of opposition parties, mainly UDJ and Semayawi parties.

Prosecutor’s official charge against me:- Federal prosecutor charged me of violating Article 7(1) of the Anti-Terrorism Proclamation (ATP) with other defendants under the charge file of Tinsaye Berisso. My hearings are now at federal high court, Lideta bench

The following rights violations are committed against me in prison:–

I was born and raised in Addis Ababa. I attended my primary and secondary schools in Addis Ababa. I studied in Bahir Dar University and graduated with a BA degree. I was a civil servant until i got arrested. I was living with my families.

I was member of UDJ party and I am currently a member of Semayawi Party.