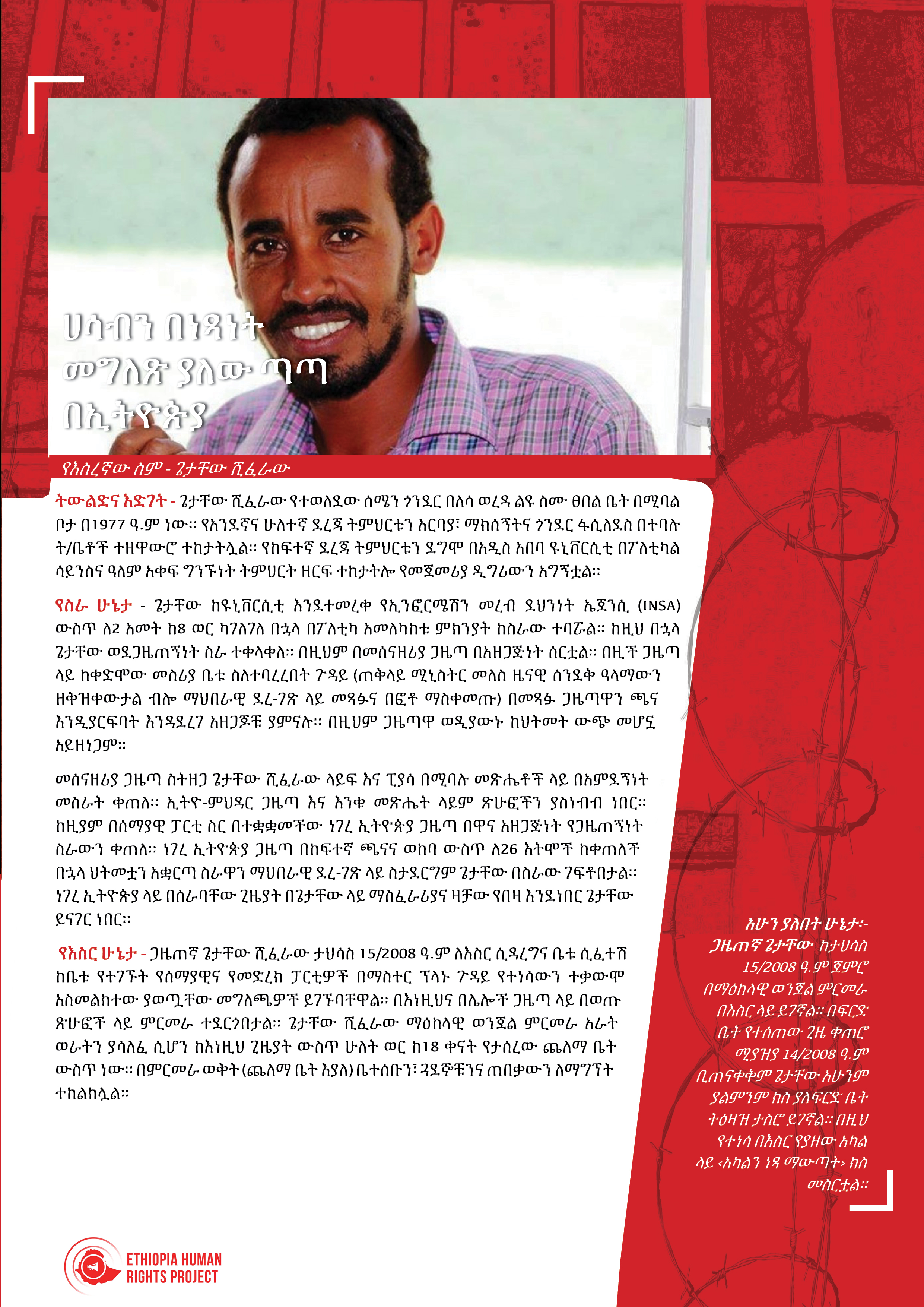 Childhood and education- Getachew Shiferaw was born in Northern Gonder in Belessa district in 1984.  He went to Arbaya, Maksegnit and Fasildes Schools to complete his elementary and high school education.  He has got a Bachlor of arts in Political Science and International Relations form Addis Ababa University.

Career- After college he has started his professional career in Information Network Security Agency (INSA). After serving there for two years and eight months his job contract was terminated because of his political dissimilarity and post criticizing the former Prime Minister on social media. Then he joined the languishing media industry, started working in Mesenazeria Newspaper as an editor.

In this paper he wrote why he lost his first job. This specific article and other critical pieces made the newspaper vulnerable to government pressure. At last the paper went out of market. Then he continued writing on Piassa and Life magazines as a columnist. He was also contributing articles to Ethio-Mihdar Newpaper and Enqu magazines. When Blue Party has established Negere-Ethiopia newspaper, He became the Editor-In- Chief. Even though the newspaper went out of print market after 26 editions, he was actively managing the online version .

There faced lot of intimidation while he was working for Negere-Ethiopia.  From many of them “Why you wrote about the security and military apparatus of the country?”  “ Do you have a plan to dismantle the institutions of the country?” “ Why the Ethiopian satellite Television (ESAT) rebroadcast your news?” “Do you have a link with them?” Were some of the questions repeatedly asked by the intelligence officers interviewed him.

Detention- When he was arrested on 25th of Dec, 2015 the police has raided his home and found Newsletters released by Blue Party and Medrek pary (Legally registered opposition parties) which denounce the action of government on protesters in Oromia. These statements and his articles published in newspaper were the center of his current interrogation.  Getachew has spent more than four months in Maekelawi detention center, out of it he has been in dark room for two months and 18 days. He has been sleeping with 20 suspects in 4X3 meter square cells. He with his cellmates was not allowed to see the sun light for more than 15 munities a day. He was also interrogated in evenings. They have been insulting and intimidating him to get a confession. While he was in the dark room he was not allowed to be visited by his families, friends and his legal advisor.

Now Getachew is transferred in comparatively better cells even though he does not still have access for books. He is still on pretrial detention and no official charges are filed on him even though the legally given interrogation time by the court has expired. 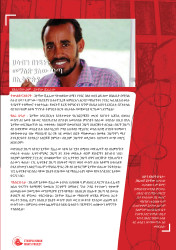