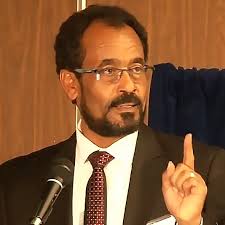 ᎐Five defendants acquitted of the charges against them

It has been almost five months since the Federal High Court Lideta Branch 4th Criminal Bench finished the hearing of all the prosecutor’s evidence on the high profile terrorism charge against OFC leaders and members. The court has been giving adjournments for ruling multiple times. It has finally given its ruling on the case on 13 July 2017.

The court explained that it has examined the entire prosecutor’s evidence presented against the defendants; mainly the evidence gained from National Information and Intelligence Agency (NIIA) and witnesses on the defendants. In its ruling, the court said that it has gone over the evidence that was gathered and brought as per Articles 41(1) and 23(1) of the Anti-Terrorism Proclamation (ATP).

Accordingly, the court understood that the evidence was presented in the form of reports; not as a direct copy of the phone conversation or any other communications that defendants communicated. Hence, the evidence’ reliability is low to the court. Consequently, the court has examined these evidence as an addition to other prosecutor evidence.

The first charge against the defendants (the first 13 defendants of the 22 people charged together) was violations of Article 3(1, 3, 4 & 6) of the ATP. In its ruling, the court has reduced the charge to Article 7(1) of the ATP and for one defendant, Bekele Gerba, to a criminal offense.

Accordingly, 16 defendants will still defend terrorism charge including Dejene Taffa, secretary general of the opposition Oromo Federalist Congress (OFC) and first defendant Gurmessa Ayano among others. These defendants will defend ATP 7(1) that deals with “Participation in a terrorist organization …which is punishable with rigorous imprisonment from five to 10 years.”

On the other hand, the high court ruled that prominent opposition figure Bekele Gerba is to defend not the terrorism charges he was originally accused of, but Article 257/A of the 2004 Criminal Code that deals with “Provocation and Preparation” which is “punishable with simple imprisonment, or where the foreseeable consequences of his activities are particularly grave, with rigorous imprisonment not exceeding ten years”.

Bekele Gerba was accused of violating Article 3/1, 3, 4, and 6 of the ATP which is ‘punishable with rigorous imprisonment from 15 years to life or with death’.

Bekele can now ask for his bail right to be granted because the new offense does not limit his right to bail.

The court has given order for the acquitted to be released. The next hearing is adjourned to August 14 –18, 2017 to hear defense witnesses of those that the court ruled over to defend the charges against them.