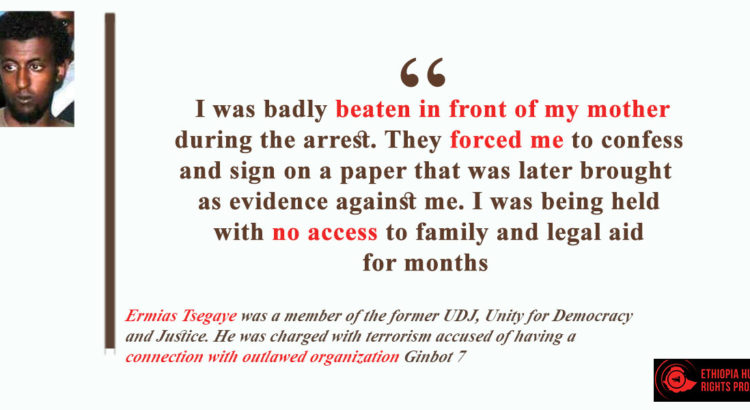 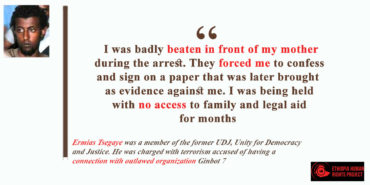 The reason why I am jailed: – I was arrested for my political view differences and for my peaceful political participation with opposition parties.

Prosecutor’s official charge against me:- Federal prosecutor charged me of violating Article 7(1) of the Anti-Terrorism Proclamation (ATP) with ten other defendants under the charge file of Tinsaye Berisso.

A. During my prison stays in Maekelawi for four months:

I attended my primary and secondary schools in Addis Ababa. And I have also attended Dire Dawa University after high school. I was living with my families until I was arrested.

I was a member of Unity for Democracy and Justice (UDJ) Party. I was arrested multiple times for participation in opposition political parties. I was also arrested on April 2015 when the government arrested many that took part at Meskel Square demonstrations in Addis Ababa to condemn the terror attacks on our citizens in Libya by the ISIS terrorists.