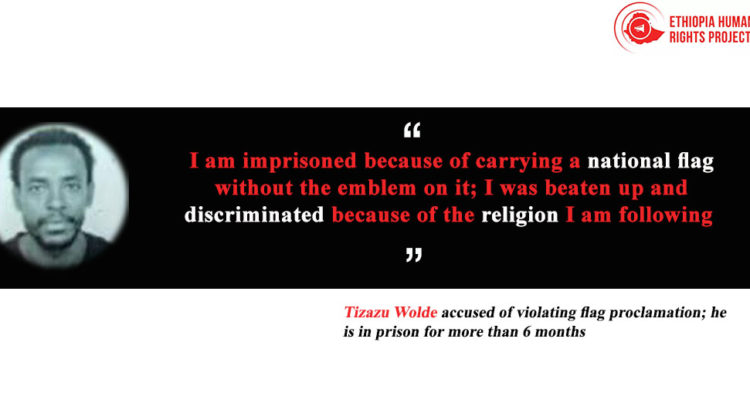 The prison where I am jailed: Nifassilk Lafto Sub-city Police Station

The reason why I am jailed: for holding a flag which has no emblem on it

Prosecutor’s official charge against me: “caught while walking at the evening time with the nation’s flag without an emblem on it, in Woreda 08 of Nifas Silk Lafto sub city around Gotera in front of Oil Libya, prosecutor accused me of violating the flag proclamation no. 654/2009.

I have been in prison for months. I was fired from my job due to my political views while I was teaching in Harar. I was born in Harar and was teaching history there. I was detained in Addis Ababa, while I came here looking for a job.