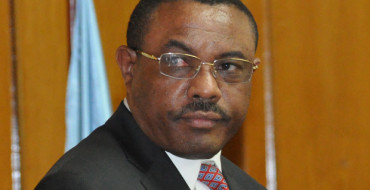 We write to you to express our grave concern regarding the terrorism charges laid against seven bloggers associated with the Zone 9 website and three independent journalists in Ethiopia.

Ethiopia is a party to the International Covenant on Civil and Political Rights and the African Charter on Human and Peoples’ Rights, which both expressly protect the right to freedom of expression. We therefore urge your government to fulfill its obligations under international law and release all individuals who have been arbitrarily detained in violation of their fundamental rights.

As you may be aware, six of the bloggers (Zelalem Kibret, Atnaf Berahane, Natnael Feleke, Mahlet Fantahun, Befeqadu Hailu, and Abel Wabela) and the three journalists (Tesfalem Waldyes, Asmamaw Hailegeorgis, and Edom Kassaye) were arrested in late April, shortly after it was announced that the Zone 9 website would resume its activities after suspending operations because of increasing harassment and surveillance.

All nine detainees were subsequently held for nearly three months before any specific allegations were presented or formal charges filed against them.

Most concerning, however, are reports that some of the detainees have complained of serious mistreatment by investigators and that defence lawyers and their clients have been excluded from some of the proceedings.

Recent reports now indicate that the detained bloggers and journalists have been charged under the widely-criticised 2009 Anti-Terrorism Proclamation, including provisions that provide for the death penalty. A seventh blogger, Soleyana Gebremicheal, was also charged in absentia.

In accordance with the requirements of both Ethiopian and international law, we call on you to ensure that all allegations of torture or other forms of ill-treatment are promptly investigated and that no statements obtained through such means are admitted in court.

Further, we call on you to ensure that the detainees have full access to the assistance of legal counsel and that the proceedings related to this case are open to the public, the media, and members of the diplomatic community.

Unfortunately, these prosecutions are only the most recent example of a worrying pattern.

Outspoken Ethiopian journalists Eskinder Nega, Reeyot Alemu, and Woubshet Taye have all received long prison terms under the 2009 Anti-Terrorism Proclamation, in trials marred by procedural flaws. Similarly, opposition activists including Andualem Arage have received sentences of up to life imprisonment on such grounds.

While your office has asserted that the prosecution of these individuals is unrelated to their work as journalists, independent inquiries have found that this is not the case. For example, the United Nations Working Group on Arbitrary Detention held that the imprisonment of Mr Nega violated Ethiopia’s obligations under international law and requested his immediate release.

In addition to procedural violations, the Working Group found that the detention of Mr Nega resulted directly from his exercise of free expression and that the overly broad offences established by the 2009 Anti-Terrorism Proclamation constituted “an unjustified restriction on expression rights and on fair trial rights.” Despite such a finding, however, Mr Nega remains in prison.

Other international bodies have similarly criticized your country’s Anti-Terrorism Proclamation for being overly broad and a tool through which freedom of expression is limited. The African Commission on Human and Peoples’ Rights adopted a resolution in 2012 stating that it was “gravely alarmed by the arrests and prosecutions of journalists and political opposition members, charged with terrorism and other offences, including treason, for exercising their peaceful and legitimate rights to freedom of expression and freedom of association.”

This message reinforced an earlier statement by five United Nations special procedure mandate holders, including the Special Rapporteur on Counter-Terrorism and Human Rights, which expressed their “dismay at the continuing abuse of anti-terrorism legislation to curb freedom of expression in Ethiopia.” During Ethiopia’s Universal Periodic Review earlier this year, similar concerns were raised by a number of countries, including security allies of Ethiopia such as the United States of America.

Despite these clear findings that the targeting of writers under the 2009 Anti-Terrorism Proclamation is inconsistent with Ethiopia’s international obligations, prosecutors have now charged the seven Zone 9 bloggers and three independent journalists under that very law. As a result, they face exceedingly long prison sentences or even death. Such a practice violates international law and threatens to undermine the legitimacy of international security efforts in the region.

In light of these serious concerns, we urge you to facilitate the immediate release of all journalists and bloggers imprisoned under the 2009 Anti-Terrorism Proclamation and to revise the Proclamation to comply with regional and international human rights standards.