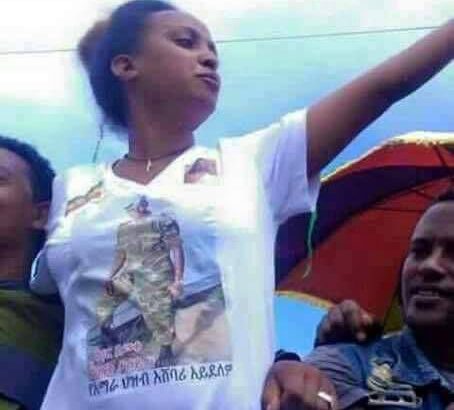 Activist Nigist Yirga who has been jailed for participating in a peaceful protest in Gondar, Ethiopia charged with terrorism after spending over four months in Maekelawi Federal Police Investigation Bureau. She was kidnapped in Gondar in September and soon brought to Maekelawi.

Nigist Yirga is known for a viral photo, wearing a t-shirt showing portrait of Col. Demeke Zewdu who is considered as a leader of the protests in the Amhara region and now in jail, which she posed in the Amhara protests in Gondar town in July 2016.