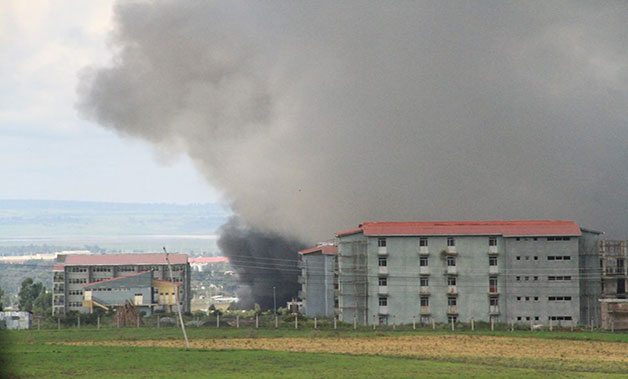 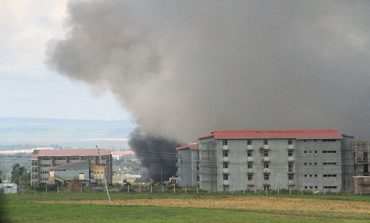 In Federal Democratic Republic of Ethiopia, Kality, Zeway, Shewarobit prisons and Qlinto detention center are administered by the federal government. In Qilinto there are around 3000 detainees, among those half of them are charged with terrorism and others are political prisoners.

Oromo Federalist Congress (OFC) deputy chair Bekele Gerba, Former Semayawi party public relation manager Yonatan Tesfaye, journalist Kalid Mohamed, Getachew Sheferaw and Darsema Sorri and other political party leaders and activists are detained in Qilinto detention center. On the eve of the Ethiopian New Year, September 11, this detention center was on fire. Though government did not disclose the names of detainees who were injured by the fire right away, later government confirmed 23 people died as a result.

Under close investigation, Ethiopian Human Rights Project confirmed that 67 people were killed in association with the fire. Among those 22 died due to the fire itself while others were shot to death by government security force (detention center guards) claiming that those shot were trying to ‘escape’.

In addition to those who lost their life during the fire, there are a number of others who became physically disabled and some even get seriously sick because of the smoke. For instance journalist Darsema Sorii who is charged under the file name of Keder Mohamed and et. al is now in medical treatment because of the injury he suffered to his respiratory system.

The Aftermath of the fire

Following the fire incident in Qilinto, families, friends and relatives of the detainees spent days in pain. They were not informed if their loved ones are alive or not. Without any reliable information families were showing up at the door of the detention center every day and some of them are beaten by police officers and security guards.

As a result of the fire damage in Qilinto detention center, government was also forced to transfer those who survived the fire in different federal prisons. Government informed the where about of the detainees to family members after more than a week delay on the earlier days of the incident and many more get confused for many weeks followed. But EHRP found that the worst of the human rights abuse have been undertaken by the government on those who are remain to be scattered on different places.

It is now confirmed by EHRP that detainees who were moved to Zewaye and Shewarobit were abused and suffered many human right violations including torture and inhuman suffocated custody situation. Some of those prisoners who were transferred to Zeway spent ten days while their hands were chained all the time. This includes while they were eating, using toilet and sleeping.

The detainees were banned from receiving food from family and only allowed to communicate with their family for three minutes. Those who inform family of what they are suffering were again forced to roll on hot sand while they are naked and were also beaten. While rolling in sand naked, water was splashed on their bodies and ordered to stay in active on a hot temperature. (Day time temperature of the detention palaces is up to 104 degree Fahrenheit)

From total of 3000 detainees, those who are transferred to Zeway federal prison from Qilinto slept in a confined room sleeping side by side. This custody situation is also the same on the other federal prison, Shewarobit. Detainees who were in Shewarobit were not able to have family access and when they do, they were only permitted to speak to their family in a room where only their face is being seen.

The return of detainees to Qilinto

Starting October 2016 detainees who were transferred to different federal prison are returned back to Qilinto detention center. Although prisoners are now back to Addis Ababa, the administration is not presenting detainees to court. For instance it is confirmed that Kedir Mohamed and et. al (20 defendants) and Tinsae Berisa et. al (10 defendants) were not present to Federal High Court Lideta 14th Criminal Bench in October 19, 2016. Qilinto detention center also did not give plausible cause for not presenting Activist Yonatan Tesfaye on October 24, 2016. The court ordered for the detention center to present the defendants on the next court hearing, without putting any pressure on the prison administration.

Comparing with what they have been through, detainees in Qilinto currently are in relatively stable condition. But still they are only allowed to see their families for 10 minutes. The Qilinto detention center administration is not also allowing them to receive foods and other hygienic materials from outside.

New information gained by EHRP shows that Ethiopian government is planning to make detainees of Qilinto responsible for the damage caused by the fire. Government is investigating some of the detainees and is also preparing witnesses. Information obtained by EHRP shows that government is going to hold detainees responsible for the lives lost and for the damage costs. Government investigators are undertaking these measures before the independent commission established to investigate the cause of the fire delivers its findings. The Government’s Human Rights Commission promised to investigate the fire incident and report the findings to parliament.

N.B – the original version of this report was published in Amharic by Ethiopian Human Rights Project on October 31/2016