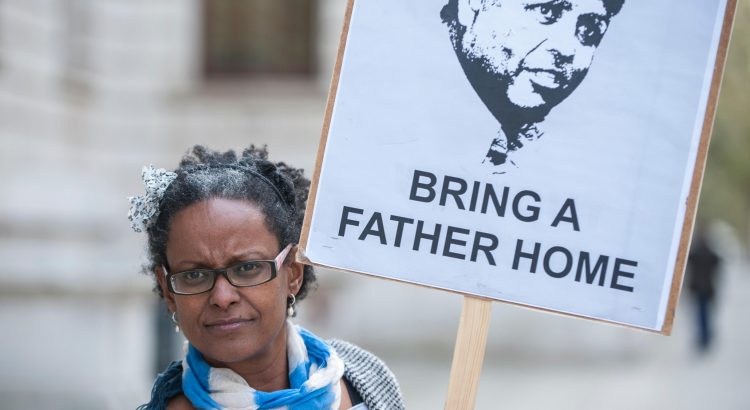 Ethiopia Human Rights Project has signed an open letter to Boris Johnson, UK Foreign Secretary, asking him to reconsider his refusal to call for Ethiopia to return British national Andy Tsege to the UK.

The letter, co-signed by Reprieve, Article 19, Fair Trial, and Redress, is a response to Johnson’s own letter in which he stated he would continue to press for Mr. Tsege to access legal advice, but would not call for Mr. Tsege’s release.

Andy Tsege is a British father-of-three who has been illegally held on Ethiopia’s death row for more than two years under a death sentence imposed upon him in absentia, having been kidnapped in an international airport in June 2014 and rendered to a prison widely referred to as “Ethiopia’s gulag”. He was sentenced to death in 2009, in proceedings described by the US State Department as “lacking in basic elements of due process.”

“We urge you to reconsider your refusal to call for Ethiopia to return Mr Tsege to his home in the UK and your decision instead to limit your efforts in the case to asking that he be allowed to see a lawyer.

We believe this approach is misplaced and potentially counter-productive. Mr Tsege is, after all, not a criminal, but himself a victim of crime.”

You can read the full letter bellow or download the pdf here.