Results are out for the five-day (May 18-22) Internet poll jointly organized by the Ethiopia Human Rights Project (EHRP) and mircha.org. The poll was intended to measure Ethiopia’s ruling party Ethiopian Peoples Revolutionary Democratic Front (EPRDF’s) performance on six policy issues. Of the 39,820 people who visited the polling site, 3519 participated and responded to all six questions.

Accordingly, EPRDF’s average approval rate on the issues in question stood at 16.1%

The following is the breakdown of the results on the basis of the policy issues. The results show votes given in Amharic language only.

•On effectiveness of the federal system
20% Approve
80% Disapprove 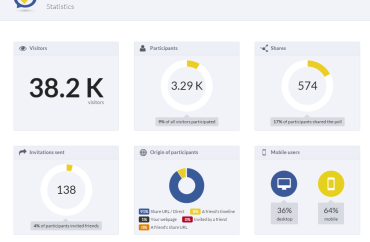