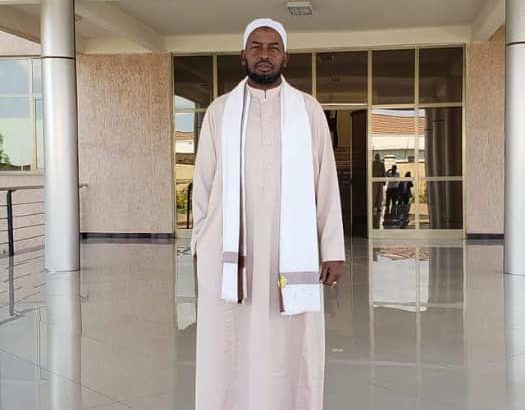 Gueled Mohammed is a 41 years old man who used to work as the Ethiopia’s Somali regional government communication head before he was jailed years before. He is married and has two children. He suffered seven years of combined arbitrary detention in Jigjiga Zone Prison and Jail Ogaden without having formally charged. He remembers his time in jail as a time when he was a “personal prisoner” of former president of the region, Pres. Abdi Mohammed Omar (Abdi Illey).

Gueled was jailed twice in three prisons. In his first arbitrary detention, he was detained in 2010 and held in Jigjiga Zone Prison located in Amira. He was detained for 8 months without a single appearance before court and was just released without explanation.

In May 2011, a few weeks after he was released from his previous arbitrary detention, Gueled was jailed again. This time he was thrown into the infamous and notorious ‘Jail Ogaden’ of Somali region in Ethiopia. There was no drinking water in the prison, thus the prisoners were dependent on water trucking. The prisoners received small quota of water a day even though they feel very hot and thirsty due to the high temperature in the place. In addition to lack of basic necessities, he faced intimidated and his family members were harassed.

Gueled did not have access to visitors in ‘Jail Ogaden’. He couldn’t see a lawyer. He was never taken to court. No one explained to him why he was detained. In Jail Ogaden there are torture chambers named Chifnajok. Gueled says, “Chifnajok were firs built to be bathrooms. They are very narrow, half a meter by half a meter wide each. To be put in Chifnajok is the ultimate torture. You can’t sit, you can’t lay but just stand there shaking your exhausted body. They [prison officials] sometimes put two or three people in these small rooms. The rooms are suffocating; people die in them.” Gueled was not put in Chifnajok. He said his public visibility helped him spared from being put in there.

In Jail Ogaden, there was no sufficient food and water. Gueled says, “I prefer to be asked which rights are not violated in Jail Ogaden rather than to be asked which rights are violated. Practically, all my rights were violated. They forced us to do labor works. Sometimes, they pay you a piece of cigarette after forcing you to work for three days. The pain passes; but some people die. Jail Ogaden is the biggest torture facility.”

Gueled has never been taken to court in his detention. One day in October 2011, fourteen prisoners including himself were transported to Zeway Federal Prison. Zeway Prison is a place where convicted prisoners are held. But, each of the prisoners with Gueled were not formally charged. On their way, around place called Qobbo, a vehicle from Jail Ogaden stopped their bus and officials from there told each of them their conviction and sentence. Gueled was told that he was charged of ‘rape’ and that he was found guilty to be sentenced 10 years of severe imprisonment. No questions asked. Then they put them in a container and transferred them to Zeway. “Who believes this really happens at this time?” asks perplexed Gueled. He has never seen any document that shows charges pressed against him.

Zeway Prison was better for Gueled. He said “there was no physical torture. The food was better than offered in Jail Ogaden. I was allowed to talk anything I wanted to with inmates.” However, his hopes that someone will visit him from the federal government didn’t happen. He said, “it was without a case that I had suffered 6 years and 8 months in jail.” Finally, Gueled was paroled and released from Zeway Federal Prisons.

Gueled Mohammed says he was a personal prisoner of former Pres. Abdi Illey. “Abdi Illey jailed me because I spoke, because I breathed” says Gueled Mohammed. “My detention has nothing that seems to have legal ground.”

Gueled has gotten no compensation for the violations of his rights. No one was held accountable for it all. He believes he was released because of people’s pressure. But, even after his release, he had travel restrictions. He was not allowed to leave his town Jigjiga. He was under constant surveillance. He had government’s employee before his arrest but unemployed. Life continued harder after his release too.