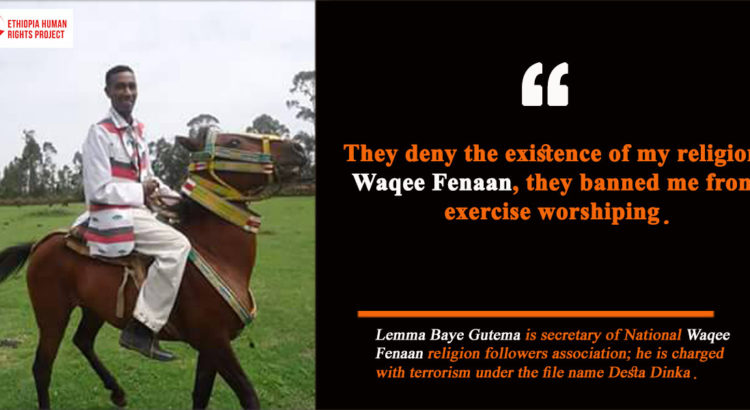 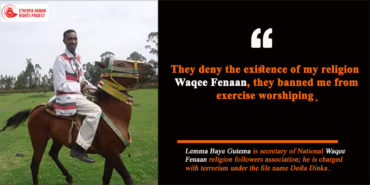 The reason why I am jailed: – Following the widespread public protests in Oromia region, I was suspected of taking part on the protests

Prosecutor’s official charge against me:- Federal prosecutor accused me of violating Article 7(1) of the Anti-Terrorism Proclamation (ATP) for participations in terrorism in anyway. They accused me of having contacts with outlawed political party, Oromo Liberation Front (OLF). I am now attending court hearings at the federal high court Lideta branch 19th criminal bench.

I am married and I have a child. I have a Bachelor Degree in Business Administration. I think they arrested me for my works in relation with my religion. I am a follower of Waqee Fenaan religion. I serve as secretary of National Waqee Fenaan religion followers association. Besides, I am the chair of the Association in Showa [chapter]. In doing so, I have done multiple works as per my capacity. I think, the government has arrested me for doing these peaceful activities.