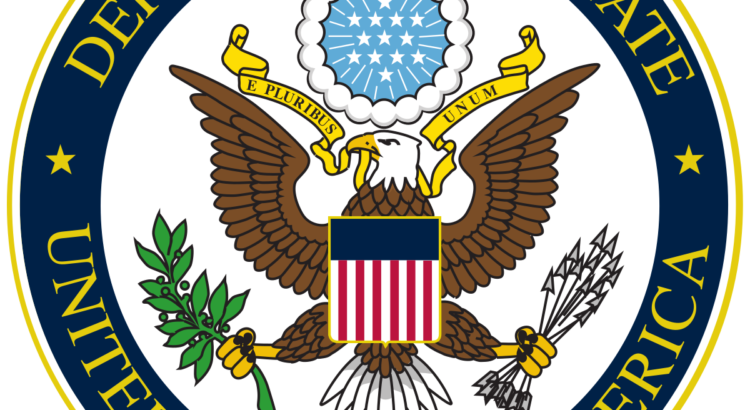 March 5, 2018
The Honorable Rex Tillerson
Secretary of State
U.S. Department of State
2201 C Street NW
Washington, DC 20520
The Honorable Steven Mnuchin
Secretary of the Treasury
U.S. Department of the Treasury
1500 Pennsylvania Avenue NW
Washington, DC 20220
Dear Secretaries Tillerson and Mnuchin,
As organizations dedicated to the promotion of universal human rights and/or the fight against
corruption, we welcome the Trump Administration’s recent decision to impose sanctions against
15 foreign individuals and 37 entities for human rights violations and acts of corruption under
the Global Magnitsky Human Rights Accountability Act of 2016 (PL 114-328, Subtitle F), as
well as the issuance of Executive Order (EO) 13818, which expands the scope of actors and
entities potentially subject to sanctions under the law.

The president further committed the U.S. government to delivering “tangible and significant
consequences on those who commit serious human rights abuse or engage in corruption,” noting
that such crimes have “reached such scope and gravity that they threaten the stability of
international political and economic systems,” and “constitute an unusual and extraordinary
threat to the national security, foreign policy, and economy of the United States.”
We concur with these sentiments, and note that the Global Magnitsky Act offers the United
States a powerful and targeted tool to raise the cost of human rights abuses and corruption, and
potentially to deter and modify behaviors and governmental policies. These beneficial effects
will only be viewed as legitimate, however, if Global Magnitsky is implemented in a manner
viewed as even-handed and fact-driven.
It is for this reason that we were disappointed to see that sanctions under the Global Magnitsky
Act were not imposed against human rights abusers and corrupt actors in many countries and
regions of the world in which such crimes have been well documented. As your departments
move forward in implementing Global Magnitsky sanctions in 2018, we urge you to avoid
selective application of this powerful tool, as the impacts of human rights abuses and corruption
referenced in EO 13818 are no less destructive and destabilizing in countries friendly to the
United States than in those that are not.
In closing, we applaud your respective staffs for their demonstrated commitment to
institutionalizing the use of a new, complex, and important diplomatic tool in its first year of
existence, and for your departments’ meaningful outreach to civil society. In 2018, we will
continue to assemble and turn over to the U.S. government information documenting human
rights abuses and corrupt acts, while advocating for sanctions against the perpetrators of these
crimes wherever they reside. We urge you to take advantage of these resources as part of your
work to fulfill the promise of EO 13818.
Sincerely,
Americans for Democracy & Human Rights
in Bahrain
American Lativian Association
Boat People SOS
Center for Justice and Accountability
Council for Global Equality
Enough Project
Estonian American National Council
Ethiopia Human Rights Project
The FACT Coalition
Freedom House
The Freedom Initiative
Global Witness
Human Rights Campaign
Human Rights First
Initiatives for China
International Campaign for the Rohingya
International Christian Concern
Joint Baltic American National Committee
Lithuanian American Council
The Network of Chinese Human Rights
Defenders
PEN America
Physicians for Human Rights
Project Expedite Justice
Project on Middle East Democracy
Reporters Without Borders
Reprieve
Robert F. Kennedy Human Rights
Torture Abolition and Survivors Support
Coalition International
Transparency International