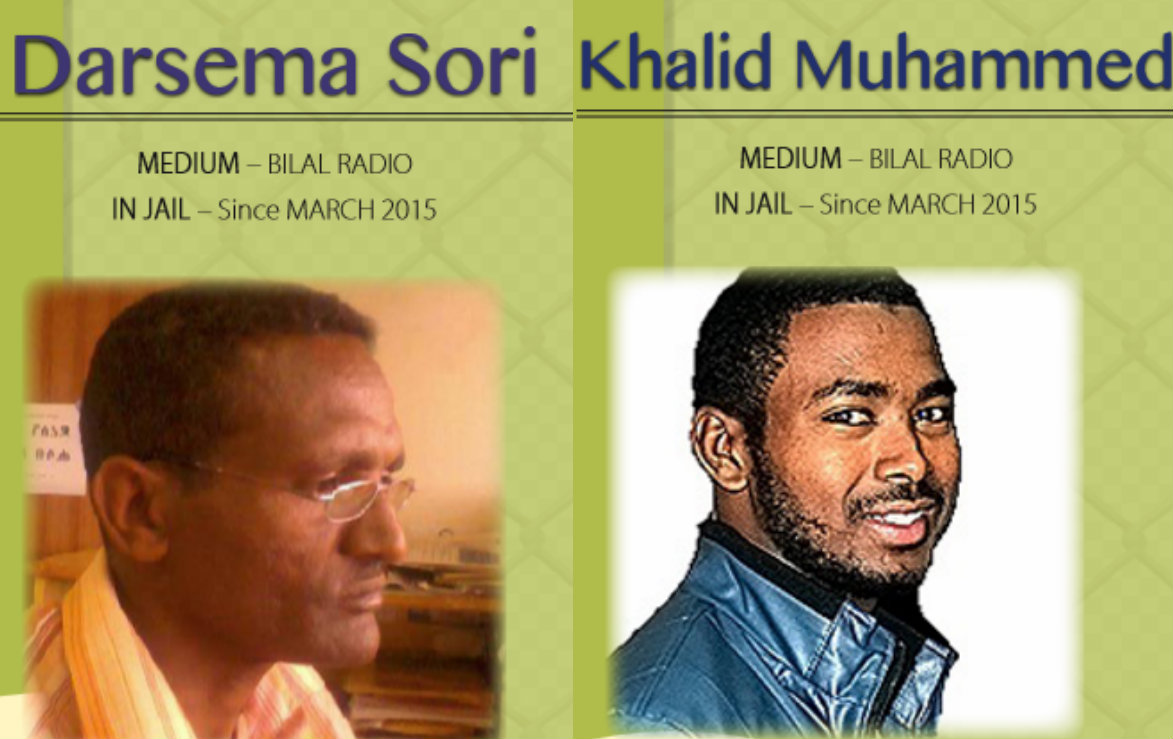 On a hearing today, July 26/2016, journalists Kahlid Mohammed and Darsema Sorri case is again adjourned for October 19, 2016 for verdict on the witnesses of defendants. On the hearing today at 14th criminal bench in Lideta high court prosecution asked for 10 extended days to present his remaining witnesses on 2nd, 3rd, 4th, 6th, 7th, 13th and 14th defendants.  Prosecution had been told to bring its witness on the last 7 adjournments and claimed that could not find his witnesses on their given address.

The court denied the request of the prosecution given it did not use the last seven hearings. The court adjourned for October 19th, the Ethiopian New Year first court opening date to listen to the verdict.