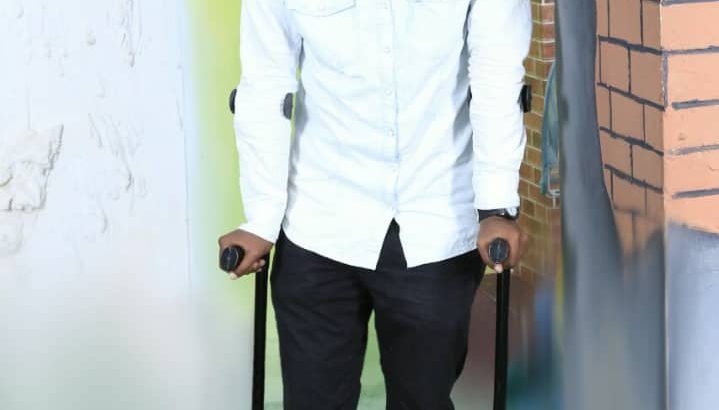 Yonas Gashaw is a 29 years man who lives in Bahir Dar, capital of Amhara regional state. He is father and a father of a son. In a political detention, Yonas suffered physical and psychological assault to the extent where his genitals will no more function. Here is his story in short.

Yonas remembers he is being followed by security officials since 2016 when people’s in Amhara region started the unrest that has shaken the federal state. He moved to Addis Ababa, the capital of Ethiopia, from Bahir Dar where he had too much police surveillance. However, short time after he has moved to Addis Ababa, he was detained in January 2017. He was travelling in a public taxi with two of his sisters when a joint of federal police and plain-clothed intelligence officers in a pick-up vehicle had stopped the taxi he was in, cuffed him in the sight of the public and detained him. They put him blindfolded and taken him to a place where he doesn’t know. Yonas says, “They have beaten me up while tied me with a tree. They have taken my wedding-ring and neck-lace.” He adds, “they said to me ‘you’re not going to be able to bear children anymore; why do you stay married?’ and have taken my belongings”

Yonas in ‹Number 8› of Maekelawi

Yonas Gashaw was transferred from the unknown detention place to Maekelawi, a Federal Crime Investigation Center, after a week since he was detained. In his first day in Maekelawi, he remembers that an interrogator from that infamous detention center looked at him down and said, “there is no need to keep this man alive; it is better to kill him”. Yonas said the other police officers told this interrogator that other people know that he [Yonas] was detained, “they told him that I was with my sisters and that many people have seen while I was detained. He was angry because of this but I was spared. He wanted to kill me. He put a gun-tip at my head and threatened me to death.”

Yonas was put in the infamous room ‘Number 8’ of already infamous police detention center, Maekelawi. Room ‘Number 8’ is very narrow, dark and cold room. He was kept in ‘Number 8’ for the following six months.  He remembers that he was handcuffed and leg-cuffed for many days. Most of his interrogations were conducted at nights. He says, “the interrogators come drunk and interrogate me. I don’t remember the day I was not beaten.”

Yonas Gashaw had suffered a lot. He tried to summarize what had happened to him in short by saying: “they put out my fingernails with a cable clipper.  They let me suffer by touching the sensitive parts which are uncovered after my fingernails were removed. They tied two litters of bottled water on my genital. I’m castrated. ‘You mustn’t bear offspring’, they said to me. They threatened me to have my family members killed. They hanged my handcuffed hands up and beat me. They used electric shock and cables to beat me.”

Yonas Gashaw remembers an interrogator named Etenesh Weldrupahel. She used to insult him based on his ethnic identity. He remembers with sadness that Etenesh and other interrogators said to him “You can’t do anything about this; we will do what we want to you and no one will save you. There is no power that can save you on the earth”.

Yonas was not allowed to be visited while he was in Maekelawi. He remembered: “My sister who came to Maekelawi to visit me was detained for a day; they told her ‘not to ever come again’. I was not allowed for access to a lawyer. It is unimaginable to see a doctor. I was not even allowed to bath and wash my blood-soaked body and clothes. Most of the times, I used to collapse after long hours of interrogation which involved physical assault. The torture stopped once I was charged with Ethiopia’s anti-terrorism proclamation in outrage against article 4. Then I was transferred to Qilinto where it was relatively better for me. Even there, however, I was not allowed to have proper medical attention which I needed.”

Yonas suffered multiple physical and psychological torture. He told EHRP his current physical state: “My right leg cannot bend after the electric shock they put me in. They have me disabled. My left leg continuously shakes. My nerves are hurt. My backbone is damaged, so I have to put on back support belt to move. I was just able-bodied when I was jailed. I am now disabled.”

This is not the only thing that happened to Yonas. He is also psychological troubled. He says, “He can’t sleep without a sleeping pill.” He adds with frustration, “this is further troubling my family too.”

Yonas Gashaw was released when the government in Ethiopia decided to release political prisoners. Now, Yonas is trying to get medical help in Bahir Dar for the physical injury he had after torture in prison.

“I don’t know anything done to hold the people who violated all my rights accountable; I would have heard if they were held responsible,” he says. “I have never received any compensation. In fact, many individual people support me. This is a big deal for me but the officials still claim that I’m inciting people for violence. I was inquiring for an ID from my local administration. They are not willing to give it to me.”

In this way, Yonas tells that his life after prison still remained challenging.