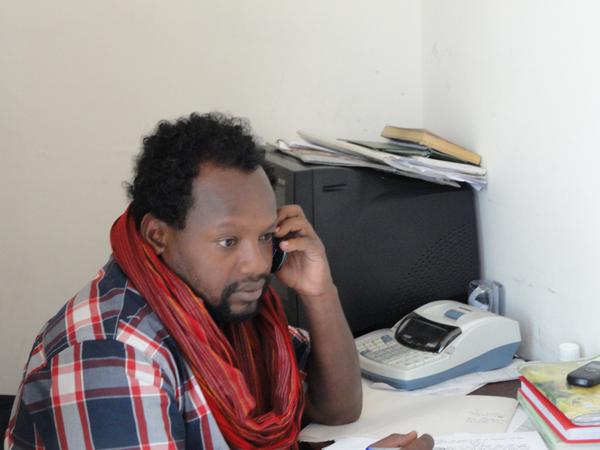 It has been seven days since Zeway prison administration announced that journalist Temesgen Dessalegn is not in their custody. His family members now has spent a more than a week without knowing the whereabouts of the known journalist.

Fithe newspaper’s ( now defect) journalist and editor Temesgen Dessalegn was charged and sentenced three years for inciting violence in October 2014. Serving his sentence in Zewaye,( 240 Km away from the capital Addis) families of Temesgen were informed from the prison administration that he was no longer in Zeway.

On December 7, 2016 Temsegen’s family went to Zeway prison for a visit and couldn’t get a chance to see him, they were told he is no more there. Since then his families went to Shewarobit federal prison, Kality federal prison, and Kelinto detention facility in search of him. They have also visited federal police investigation Center (Maekelwi) but failed to know his where about.

Federal Democratic Republic of Ethiopia (FDRE) constitution Article 21 on rights of persons held in Custody and convicted prisoners states that all persons held in custody and persons imprisoned upon conviction and sentencing have the rights to treatments respecting their human dignity and shall have the opportunity to communicate with, and to be visited by their friends, religious councilors and legal counsel. Not informing the whereabouts of the current situation of imprisoned journalist Temesgen Dessalegn violates the constitution.