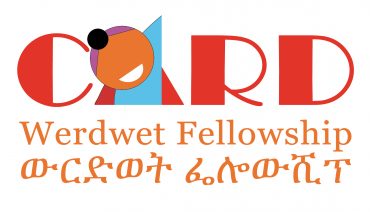 CARD Werdwet Research Fellowship Program (Werdwet Fellowship) is launched by CARD to promote indigenous knowledge to fight inequality and look for ways of protecting the rights for minorities and vulnerable groups. The research fellowship program will also give women and youth opportunities to pursue their passion of researching and promoting their ideas to bring about a just society.

CARD Werdwet Research Fellowship Program is named after Yeqaqe Werdwet, a woman who lived about 160 years ago in the 19th century and who fought for equal rights in marriage among the Guraghe community.

Werdwet is a woman who was born about 160 years ago in the area known as Moher qebele, in today’s Ghurage zone. She is remembered in Guraghe folklore as ‘Yeqaqe Werdewet’ (Werdwet of Qaqe, her father). Until recently, Werdwet was only in the oral history of Ghurage people. It was in 2014 the first historical novel, Embitta, was authored by Endalegeta Kebede making Yeqaqe Werdwet main character of the novel. His novel has introduced Yeqaqe Werdwet to many readers who have never heard of her name before. Then, the musical theatre that was on stage for more than four years at the National Theatre of Ethiopia, ‘Yeqaqe Werdwet’, has given a picture of her story to many individuals. Her story has inspired many people and gave a sense of the length of the struggle for women’s rights.

Yeqaqe Werdwet’s struggle was mainly about equal rights in marriage. She has challenged the exclusive right that was given to men to marry multiple wives where as the women didn’t have any chance to choose their partners. Werdwet had decided to challenge this tradition because she couldn’t accept the fact that her husband is married to other two women and she was not allowed to divorce him. Women were subjected to anqit, social imprecation, if they decided to divorce their husbands. Divorcing a spouse was only men’s priviledge. She had mobilized women and protested to challenge this customary law and took the case to the traditional court called Yejoka.  Prior to her revolutionary case, it was only men who used to take cases for judgement at Yejoka. Werdwet has finally won in her rebel and enjoyed the right to divorce her husband without the fear of anqit and was allowed to marry the man of her choice.

CARD decided to name this research fellowship program because Werdwet’s story is historical, inspiring and gives a lesson of solving traditional challenges through traditional means.

Werdwet Fellows 2020 are expected to work full time on their research for seven months and CARD will provide working space, hire part-time advisors (when needed) and allocate budget for all necessary and related expenses.  At the completion of her/his research, each fellow is expected to facilitate two panel discussions or consultation meetings to disseminate their research findings. In addition to that, CARD, will publish their reports and disseminate them in both soft and hard copies to the public and identified stakeholders.

The detailed guideline of application of Werdwet Fellowship 2020 is available here. The deadline for the application is on April 30, 2020.