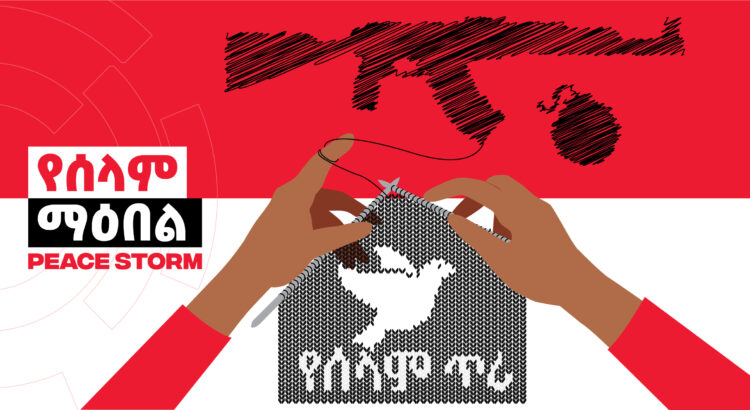 To:  The Prime Minister of the Federal Democratic Republic of Ethiopia,

Minister of the Government Communication Service,

Minister of Ministry of Justice,

Minister of Ministry of Peace,

Minister of Ministry of Women and Social Affairs,

Director of the Ethiopian Media Council,

On the occasion of the World Press Freedom Day under celebration today with the theme “Journalism under Digital Siege”, the signatories of this open letter ask all Ethiopian political leaders to desist from inflammatory and dehumanizing speeches. We also encourage them to ensure unfettered access to information by restoring communication.

In the past few years, despite commendable normative legal and some institutional reforms, Ethiopia has been passing through trying times of mob violence, communal, armed conflicts, and other identity-based violence. The war in Northern Ethiopia is the worst of these conflicts that have caused large-scale civilian suffering next to the continuous armed conflicts in the Western Oromia, the Benishangul-Gumuz region, and other parts of Ethiopia which have caused the death and displacement of thousands of Ethiopians. Different monitoring and investigation reports by human rights organizations such as the Ethiopian Human Rights Council (EHRCO), Ethiopian Human Rights Commission as well as the Joint Investigation conducted by the EHRC and UNHRC at the national level and Amnesty International, Human Rights Watch at the international level organizations have demonstrated and reported gross violations of human rights including weaponized gender-based violence by all sides in the conflict, some of which might amount to war crimes and crimes against humanity.

We, the signatories of this open letter, believe that these conflicts, gross violations of civilians’ rights, undermining the international human rights and humanitarian laws, restriction of access happened in the context of inflammatory messages, hate speech, disinformation, and war propaganda that have greatly contributed to the escalation of the conflicts, and ethnic profiling.

Now, major actors in the Tigray war have agreed on a conditional humanitarian truce. The federal government of Ethiopia has also promised to facilitate national dialogue and the Commissioners, though in a contested process, have been already appointed and started the preparatory works. While encouraging and asking all parties to be committed to their promises, we, the signatories of this open letter, make our calls for these actors and all other parties involved in the conflicts across Ethiopia to refrain from any further escalation of conflicts through inflammatory and dehumanizing hate speech.

It is in our belief that truth has been sacrificed in the war propaganda and disinformation campaigns including information blackout. This is an additional injustice for the civilians who have suffered a lot in the conflicts and the war. We also believe that unfettered access to information and media practitioners would decrease the truth gap we are experiencing. That will also greatly facilitate the resolution of the conflict as well as peacebuilding efforts.

Today, on May 3, World Press Freedom Day is being celebrated with the theme of “Journalism under Digital Siege”. In Ethiopia, internet access and telephone services have been blocked in Tigray and parts of neighboring regions of Amhara and Tigray, in the western parts of Oromia, and in parts of Benshangul-Gumuz Regional States. Furthermore, journalists have been arbitrarily arrested without court orders and kept in detention, and some even incommunicado without formal charges. Press freedom is nothing without reliable access to information and the safety of journalists. What was happening in Ethiopia obviously in the past couple of years had chilling effects on journalists’ freedom to investigate and report as well as narrowing the entire civic space. We, therefore, call upon the Ethiopian government to boldly strengthen its commitment to de-escalate the conflicts and create a conducive environment for inclusive and transparent national dialogue by allowing unfettered media and communication access to journalists and civilians to end sufferings and contribute to the search for truth and justice.

We, the signatories of this open letter, have also made an open call for peace on the eve of Ethiopian New Year 2014. In this open letter, we renew our call by inviting all actors to work for the de-escalation of war propaganda and unfettered media access.

In conclusion, in addition to the high officials, it is an open call for stakeholders such as but not limited to all state actors, National Human Rights Institutions (NHIRs), other Civil Society Organizations (CSOs), state-run and privately-owned media houses, scholars, academic institutions, opinion leaders, religious leaders, political parties, the youth, the Ethiopian Diaspora community, national and international human rights organizations to play their positive and constructive roles towards avoiding war propaganda, adopting conflict-sensitivity, and promoting media freedom in particular for the betterment of human rights in general.

CSOs that have signed for this call: