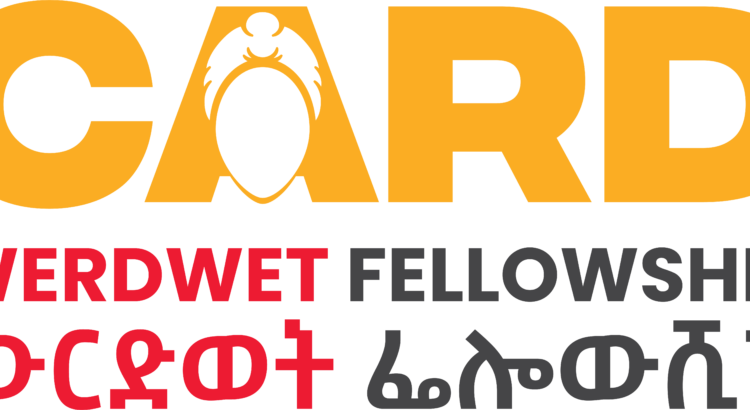 The Center for the Advancement of Rights and Democracy (CARD) has selected five fellows for the annual CARD Werdwet Research Fellowship in 2022. Kalkidan Asmamaw, Kulsma Nur, Hiywot Samuel, Alubel Workie, and Netsebrak Tamene are the selected awardees of Werdwet Fellows 2022. CARD Werdwet Research Fellowship Program (Werdwet Fellowship) was launched by CARD in 2020 to promote evidence-based knowledge to find means of indigenous platforms to fight against inequality and look for ways of protecting the rights of minorities, marginalized, and vulnerable groups. The research fellowship project also aims to give women and youth opportunities to pursue their passion for researching and promoting their ideas to bring about a just society. Under this annual research fellowship, CARD has previously taken two fellows, have supported their research works, published and disseminated them to stakeholders. In 2022, CARD has selected 5 Ethiopian youth and women as Werdwet Fellows2022 who will researching and promoting their ideas on research topics of their interest.

Kulsma Nur, 24, is a law graduate from Addis Ababa University. She was an active member of the law school community during her time there, serving as School of Law Students Vice President (2018) and later as Student Interim President (2019). She also competed in three moot court competitions, two of which were organized by the International Committee of the Red Cross (ICRC) at the national level, where her team won both the oral and written rounds, and at the international level, the “All Africa IHL moot court competition” her team represented Ethiopia making it to the semi-finals. Her team also won the National Moot Court Competition on Women & Political Participation, which was organized by UN Women in December 2020. Kulsma also interned at the Ethiopian Women Lawyers Association (EWLA) and ICRC delegation in Ethiopia. After graduating, she worked as a show host, content creator, and senior reporter at Addis Zeybe media, where she hosted programs raising and discussing Ethiopia’s current political, economic, and social issues with invited guests. Kulsma has published several news and feature articles for Addis Zeybe. Kulsma, as a werdwet fellow, will be researching “War and Child marriage: The Vulnerability of girls to child marriage due to the war in Northern Ethiopia’

Hiywot Samuel, 28, is a visually impaired person who was forced to stop going to engineering school at 19 when she had suddenly lost her sight but, with her perseverance, she immediately went to the School of Law and Governance at the Addis Ababa University School of Law and Governance and earned LLB. Hiywot served as an Intern for six months in a local NGO, Ethiopian Center for Disability and Development and hired as a Project Facilitator.  After serving for one year as Project Facilitator of Inclusive Sexual and Reproductive Health Services and Every Life Matters projects she got scholarship opportunity from Mastercard   and studied LLM in International Human Rights Law at University of Gondar and graduated in 2020. During her study, she was a winner and lead researcher of the 2019 Mastercard Foundation Scholars Research Fund and also participated on Baobab Summit held in Kigali, Rwanda. She is currently working in Federal Justice and Law Institute as Public Laws Junior Researcher. Hiywot was participating on Imprint of Education in Africa Research Project undertaken by University of Cape Town Human Science Research Council as Alumni Behind the Lens.  She is also active member of different youth networks like, YALI Network, Impact Youth Sustainability and others. Hiywot also actively participated on and facilitated several community give back services.  As a Werdwet Fellow, Hiywot will research on “The Impact of Political Instability on the Implementation of the Right to Inclusive Education for Persons with Disabilities in East Wollega Zone: Practical Challenges and Prospects in some selected Secondary Schools.”

Kalkidan, 25, majored in Psychiatry at Gondar University. She is a women’s rights advocate with a plethora of experience in designing campaigns and advocacy. She has taken the lead in organizing multiple events, exhibitions, workshops, and training aimed at creating gender-consciousness among both men and women. For instance, Kalkidan organized a week-long exhibition called “እንደ እሷ” photo exhibition on International Women’s Day IWD 2022, by putting together inspiring stories and beautiful photographic portraits of 10 accomplished Ethiopian women. She has also run multiple campaigns online and developed successful digital content to further strengthen the women’s rights movement in Ethiopia. Additionally, Kalkidan contributed articles to Setaweet Movement, Me too Ethiopia Movement as well as Addis Insight. Recently, she published qualitative baseline research for a campaign against gender-based violence using feminist analysis. Kalkidan, as a werdwet fellow, will be researching, ‘Knowledge, Attitude and Practice towards sex workers’ rights among police officers in Addis Ababa City’.

Netsebrak Tamene, 33, is born in Hawassa, Sidama Region. She is working as a lecturer and researcher at Wolkite University. Netsebrak did her Bachelor’s Degree at the Hawassa University in Anthropology. She had been working in Women, Children, and Youth Affairs Office in Hawassa as a Gender Officer. After ten months of working, she won a scholarship for a Masters Program, which was offered at the Addis Ababa University for competent female students. Then, she did her MA in Social Anthropology at Addis Ababa University. After completing her masters, she has been employed at Wolkite University as a lecturer and researcher by 2015. In addition to this, she was in a position of Deputy Student Dean, Head of Department of Sociology and Coordinator of Social Sciences and Humanities’ College Research, Community Services and University Industry Linkages. Currently, she is a PhD Student at Addis Ababa University in Social Anthropology Program. Netsebrak published one article as co-author and presenting different seminars and research papers at National and International Conferences. She also participates in various community service projects and trainings. Netsebrak, as Werdwet Fellow, will be researching “The Women Gathered (Yakka): Women’s Indigenous Protest Tool among the Sidama People of Southern Ethiopia”.